Welcome to the Oldskool Shrines, where we remember and honor facets of personal computing in the 1980s. Select any hyperlinked title to visit the shrine erected in honor of that topic.

Captain Blood was a unique computer game created by Philippe Ulrich and Didier Bouchon in 1988. While it boils down to an adventure game, the premise involves an intricate story with hidden agendas, communicating with alien races, killing people, and trading information to locate what you need for survival. Many elements of the programming were also ahead of their time, such as fractal-generated landscapes, fractal-generated planets, an unpredictable galaxy with over 30,000 planets to visit, and an icon-based language system. The original version was released for the Atari ST, but Captain Blood's popularity in Europe was so high that it was ported to every computing platform of its time (in addition to receiving several awards).

Sam Jeffreys is arguably Captain Blood's number-one fan, and has compiled a full set of information surrounding this unique game. In addition to screenshots, manual pages, and other game elements, Sam has some other items that you might not know about, such as French, Spanish, and German patches to the game. In the future, he'll have information on all of the various ports of Captain Blood (IBM PC, Atari ST, Commodore 64, etc.), as well as obscure trivia. We're happy to welcome his website here, and encourage you to learn about a game that, because it slipped through the cracks in America, many people have never heard of. 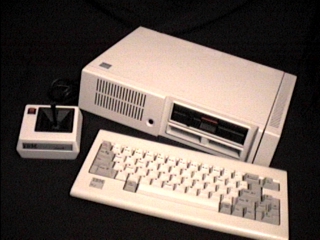 "Come one, come all! Come inside the Oldskool PC Sideshow, and witness electronic freaks of nature the likes of modern man has never seen! Witness IBM PC software, including applications like Lotus 1-2-3, stored on ROM cartridges! Gasp as you learn of the shameful art of Commodore 64 diskette acceleration! Stare in wonderment and admiration as you listen to the melodious voices of software add-on audio cassettes! Recoil in horror as you learn of software distributed entirely via UPC barcodes! Feel pity for the PC that wouldn't die! Stare at IBM's twisted experiments with rubber keyboards and monitors that wouldn't come off! Admission is $1.00. Ladies and Children admitted free--but not for the faint of heart! Come one, come all..."

The AT&T PC 6300 that our family got in 1986 had a very peculiar extra feature: It kept a journal! Imagine my surprise when I found it while restoring my trusty old PC back to its former glory. I have included it here for your reading pleasure.

Written from the perspective of an older demoscener, this essay tries to convey what hobbyist computing on the PC was like in the 1980's. What was "cool" before VGA and demos and before the advent of the ever addictive live roulette? What happened if you tweaked CGA? Enter and find out... (This essay was the father of oldskool.org; the voluminous positive response I got from writing it showed me that a need for oldskool.org existed. Consider "Life Before Demos" a look into what I find "cool" about old computing. You'll find sections of this essay greatly expanded as entire divisions of the website.) 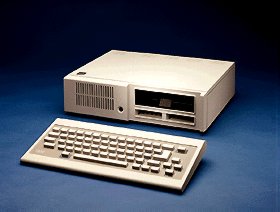 In 1984, IBM attempted to take over the home PC market as successfully as it had taken over the business PC market, so they launched the IBM PCjr. While the PCjr had enhanced graphics and sound, it was a "dumbed-down" version of the PC, which, along with its quirky keyboard, eventually led to its demise. But when Tandy decided to create a PC clone that its large base of TRS-80 customers could migrate to, it chose the PCjr as the model to clone, and the familiarity of the Radio Shack name propelled the Tandy to the top of the heap from 1985-1990. Since it was a clone of the PCjr, the Tandy 1000 series also had the enhanced graphics and sound, and this led to some very interesting developments...

[Oldskool Home] [Copyright and Usage] [Disclaimer] [Contact Me]
This page's content was last modified on Dec 21, 2015 4:31 pm.
If anything here has helped you, please consider donating to help keep this site alive.